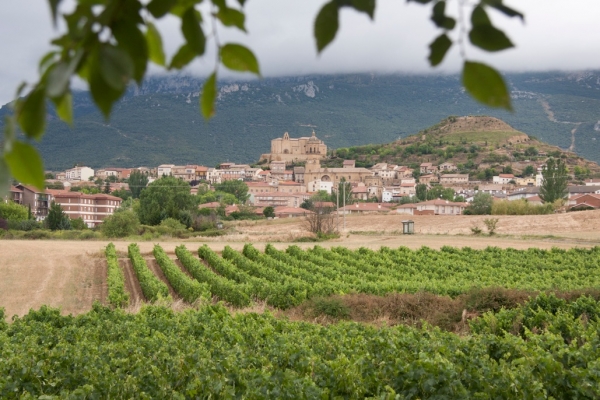 Its origins are those of a stronghold of the Kingdom of Navarre, in early medieval times, clearly seen from the high area called “El Castillo”. You enter the town through the Larrazuría gate and along a street with beautiful buildings, you reach the Plaza de la Paz, where you will find the Town Hall, which occupies a 17th century building.

Enfrente se encuentra la iglesia parroquial, de principios del siglo XVII, con interesante portada, retablo mayor barroco, y otros iOpposite is the parish church, from the early 17th century, with an interesting façade, Baroque altarpiece, and other important elements such as the choir and a magnificent 18th century organ. The medieval image of Santa María de Toloño is venerated. At the highest point of the town is the Romanesque hermitage of Holy Christ. Other buildings, palaces and stately homes, of notable architecture, emblazoned, that are developed along the calle Mayor, give an idea of the importance of the town. In the surrounding area is the Saint Genesius Park.