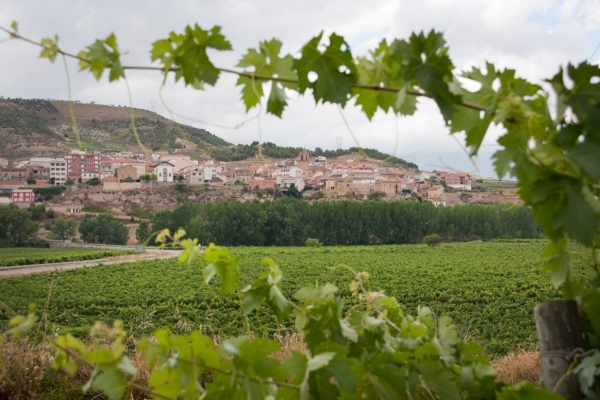 Lapuebla de Labarca’s name derives from its location next to the river Ebro, which was formerly crossed by boat. It was named in 1369 and obtained the title of ‘villa’ (town) in 1631. The Casa Palacio in the town’s centre stands out among the civil buildings.

Its church, a solid building from the 16th century, is dedicated to Nuestra Señora de la Asunción. Here, Nuestra Señora de Assa, is venerated, with a Blessed Virgin Mary statue in the Romanesque-Gothic style.
There is a recreational park on the banks of the Ebro, called La Póveda.